The Dwarf of Westerbourg (Paperback) 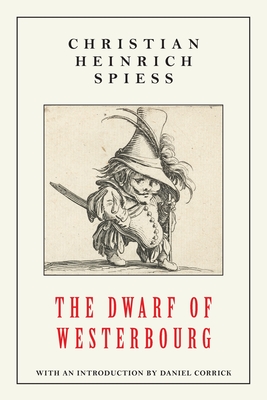 By Christian Heinrich Spiess, Daniel Corrick (Introduction by)
$19.95
NOT ON OUR SHELVES- available for order, usually ships in 1-5 days

The Dwarf of Westerbourg, out of print for almost two hundred years in English, and with only three copies of the original print run known to exist, is the acknowledged masterpiece of Christian Heinrich Spiess, and one of the most outrageous Gothic novels ever produced in that genre's heyday.
Set in the thirteenth century, this bizarre story of Rodolphe of Westerbourg, a knight, and the dwarf-phantom Peter, is replete with black magic, gruesome killings and horrid happenings-is, in fact, a whirlwind of strange adventure piled on strange adventure, a downward spiraling, the depths of which few works of literature have managed to achieve.
Upon its original publication in Germany in 1791, the book, with its questionable morality and unmentionable events, shocked readers and quickly became a bestseller of its time.
The Dwarf of Westerbourg, an influence on both Matthew Lewis's The Monk and the works of Ann Radcliffe, might be considered the Holy Grail of Gothic horror novels, an item for the connoisseur of the ghastly, and is here finally made available again to the English speaking public.