My Hustler, My Enemy: Rise of a Street Queen (Paperback) 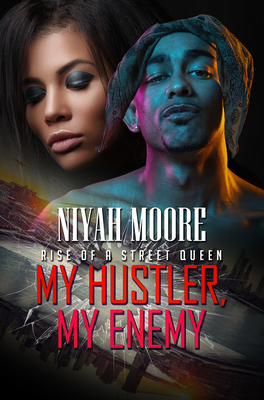 Mylah is so in love with Rome, but Rome is a kingpin who is more concerned with taking the TL’s from his competition, Blaze. Rome and his crew don’t realize just how close his enemy is. Blaze is the most feared man around, but he’s a ghost because no one has ever seen him. While Rome’s on a hunt to find Blaze, he’s hit with fatal surprise after fatal surprise. His empire comes tumbling down, and he finally comes to face to face with Blaze.

Kane is Blaze’s hitter, the reason everyone fears Blaze. Kane has roughed up anybody who has a problem with Blaze, but as a single father, keeping his daughter out of harm’s way is becoming harder. He does everything he can to keep their street team in line regardless of what’s being said about Blaze’s identity, but as Rome’s crew gets closer to finding Blaze, Kane has no other choice but to go to war for Blaze by any means necessary.

A Sacramento, California native, Niyah's love affair with the written word began early. By the age of nine she was fully immersed in the possibilities of prose. Under the subtle urging and guidance of her literary mentors, Niyah embarked on a professional writing career. Niyah was an honoree for the 2013 Exceptional Women of Color Award of Northern California. She is a two-time recipient of the African American Literary Award. Her works include Pigalle Palace, Sand Cove, and Young Gucci: Love at First Swipe.