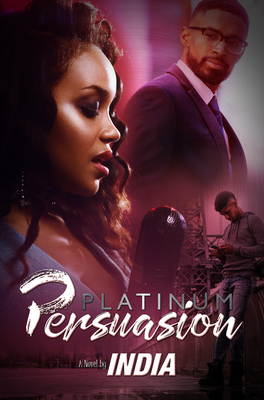 A woman with tragic beginnings finds love and her voice on her way to stardom. Will the spotlight dim her hard‑earned shine?

From the day Layani Cherise Bell was born, the world was betting against her. Born four months premature, the doctors didn’t expect her to make it, but she did. At the age of six, Layani was diagnosed with leukemia. Again, the doctors gave her a death sentence, but she survived.

As if that weren’t enough, at the ripe age of thirteen, she loses mother and father in a head-on collision with a drunk driver. With no family willing to step up and care for her, she is put into foster care.

Alone and afraid, Layani befriends and later falls in love with Micah Jones, another kid forced into the system after tragedy strikes his family. Not one to cry over spilled milk, Micah passes his time away in foster care by making beats for local artists and daydreaming about becoming a super producer. After hearing Layani sing better than some of the greats, he devotes all his time and energy into making her a star. With hard work, dedication, and his encouragement, she’s destined for greatness.

After a chance encounter with the charismatic CEO of a major record label promising to fulfill Layani’s wildest dreams, it seems that she and Micah are well on their way to the top. However, the label has no room for another producer. Micah convinces his woman to go on to superstardom without him, and Layani is famous overnight. She has the world at her fingertips, and everything is perfect, until living life in the spotlight hits her like a ton of bricks. Can she remain grounded surrounded by lies, drugs, and scandal? Or is she willing to lose who she is to become who she’s always wanted to be?

Detroit native India Williams hit the ground running with her first novel, Dope, Death and Deception. Since 2011, she has penned 14 novels, including book club favorites The Real Hoodwives of Detroit and Gangstress. Both series were deemed “hood classics” by readers and earned India a national bestsellers rank, as well as media attention on local radio and television stations.