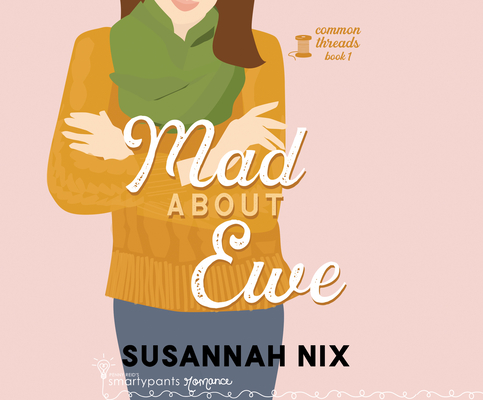 By Smartypants Romance, Susannah Nix, Tieran Wilder (Read by)
$59.99
Backordered or Out of Print

This is book number 1 in the Common Threads series.

Dawn Botstein is doing just fine after her divorce, thank you very much. She's got her yarn store to run, her house to herself for the first time in her life, and no use for men anymore. That is, she didn't until the hottie silver fox who walks into her store turns out to be her old high-school crush--the guy who rejected her thirty years ago. No way is she going to lose her head over him this time, no matter how well he wears that salt-and-pepper lumberjack beard. Okay, so he's the opposite of her ex in every way, and his attention gives her a thrill she thought she'd never feel again. But she's not risking her heart again. Mike Pilota is having a midlife crisis. But instead of buying a red sports car he can't afford and dressing like a twenty-five-year-old who's time-traveled from the 1990s, he quit his job after his second divorce to move closer to his recently widowed mother. He didn't expect to run into Dawn again, but as soon as he lays eyes on her he's utterly smitten. So he sets out to make up for past mistakes and prove he can be the kind of man she deserves. A full-length contemporary romance, Mad About Ewe can be listened to as a standalone novel, but it is also the first book in the Common Threads series, set in the Seduction in the City World and the Penny Reid Book Universe.