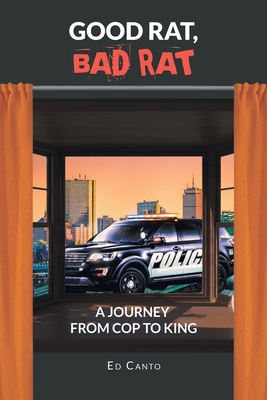 When an eight-year-old boy went from playing cops and robbers in the streets around Boston to chasing down criminals with a real badge and gun, he knew that there was nothing else he'd rather do for a living.

For six years, he patrolled the streets, proud of serving the community where he and his family called home.

Until the day it all came crumbling down around him...

Ripped from the headlines.

Suddenly, the lead story on news outlets around the country, Ed found himself going from hero to zero overnight at the evil intent of the Nobodies. A series of false accusations and being in the wrong place at the wrong time, he now faced going to prison as a disgraced cop.

Hitting rock bottom, and the bottom of a bottle, he found himself back where it all began, only this time he had nothing to lose. Everything built to a single moment that would define the rest of this life and realized that being on the wrong end of that gun could make a police officer do unspeakable things.

Leaving all law enforcement and everything he ever loved behind, he must do something he never thought he would have to. He regretted nothing, did what he had to, and found himself in the most unexpected place.

Breaking his twenty-one years of silence, this is the first time Ed Canto will tell his true story.