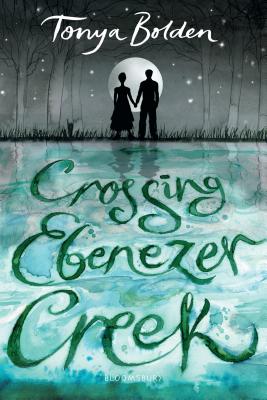 When Mariah and her young brother Zeke are suddenly freed from slavery, they join Sherman's march through Georgia. Mariah wants to believe that the brutalities of slavery are behind them, but even as hope glimmers, there are many hardships yet to come. When she meets a free black named Caleb, Mariah dreams in a way she never dared . . . of a future worth living and the possibility of true love. But even hope comes at a cost, and as the difficult march continues toward the churning waters of Ebenezer Creek, Mariah's dreams are as vulnerable as ever.

In this powerful exploration of a little-known tragedy perfect for fans of Ruta Sepetys, readers will never forget the souls of Ebenezer Creek.

"Poetic in tone and savage in its depictions of the tortures slaves endured, Crossing Ebenezer Creek grants dignity and depth to its characters and considers the difficult and vulnerable position of African Americans as they adapted to freedom among whites who did not always view them as human beings. Readers will fall in love with Bolden's gentle lyricism as she unflinchingly unfolds a difficult story." - starred review, Shelf Awareness

"The well-executed premise, a compelling love story, and unique historical details will appeal to fans of Ruta Sepetys’s Salt to the Sea . . . This moving and engrossing portrayal of a little-known historical tragedy belongs on all YA shelves." - starred review, School Library Journal

"Mariah and Caleb's unforgettable story is everything historical fiction should be: informative, engrossing, and unflinching . . . . A poetic, raw, and extraordinary imagining of a little-known, shameful chapter in American history." - starred review, Kirkus Reviews

"Bolden's powerful story pulls the reader into the hearts and minds of Mariah and Caleb, pursuing a life together in the midst of the turmoil and anguish of slavery and the Civil War." - Joyce Hansen, Coretta Scott King Honor-winning author of WHICH WAY FREEDOM

"I learned more from this one novel--about love, the true meaning of family, tenacity, loss, history and hope--than from any book I’ve read in a long while. Generations will know this story." - Sharon G. Flake, Coretta Scott King winner; author of THE SKIN I'M IN and UNSTOPPABLE OCTOBIA MAY

"Breathtaking. . . . Bolden fleshes out a small, harrowing historical betrayal, weaving an unforgettable story and capturing both the frailty and resilience of hope." - The Horn Book Magazine