Somebody to Love: The Life, Death, and Legacy of Freddie Mercury (Paperback) 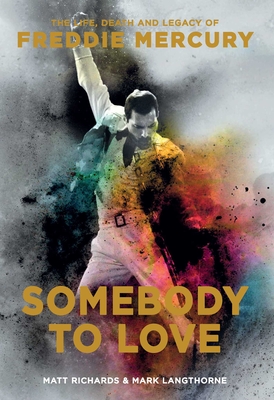 For the first time, the final years of one of the world's most captivating rock showman are laid bare. Including interviews from Freddie Mercury's closest friends in the last years of his life, along with personal photographs, Somebody to Love is an authoritative biography of the great man.

Here are previously unknown and startling facts about the singer and his life, moving detail on his lifelong search for love and personal fulfilment, and of course his tragic contraction of a then killer disease in the mid-1980s.

Woven throughout Freddie's life is the shocking story of how the HIV virus came to hold the world in its grip, was cruelly labelled 'The Gay Plague' and the unwitting few who indirectly infected thousands of men, women and children - Freddie Mercury himself being one of the most famous.

The death of this vibrant and spectacularly talented rock star, shook the world of medicine as well as the world of music. Somebody to Love finally puts the record straight and pays detailed tribute to the man himself.

Matt Richards is an award-winning film director, television producer and screenwriter who has written and directed numerous documentaries and series in the UK and the U.S. In 2012 he was awarded the Spirit of Tiger Award for “Outstanding Documentary Coverage of World War Two”. He directed and co-wrote the feature film To Say Goodbye, which was screened in competition at the 2012 San Sebastian International Film Festival.

Mark Langthorne is CEO of Roland Mouret and has previously worked in the music industry and managed such stars as Kanye West and Annie Lennox.