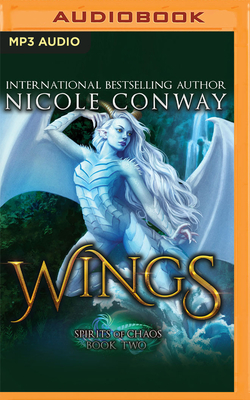 By Nicole Conway, Josh Hurley (Read by)
$24.99
Backordered or Out of Print

The power of the dragon totems is no longer a secret, but it may also be a curse....

Koji Owens is not just a superhero anymore. With his fame and reputation spreading around the world, the scaly, lightning-wielding dragon-boy is struggling to keep his Noxius identity hidden as others clamber to discover the source of his incredible power. But while Koji attempts to balance high school and family life with hero work, enemies are watching waiting for the perfect chance to strike.

The ancient spirits of chaos have waited for eons to claim our world, and renowned historian Dr. Livingston will stop at nothing to use the totem scales to open a portal between dimensions that will expose the human universe to the ruthless and powerful Kur.

When Dr. Livingston and his plot force Koji into the open to defend against the threat of more otherworldly monsters, Claire, his dragon-ally and secret crush, fights at his side, certain they will be safe as long as they stick together. But after Dr. Livingston nearly destroys them both and the dark secrets of the scales begin to unfold, Koji realizes that his epic superpowers might not come as freely as he originally thought. The price? His soul.