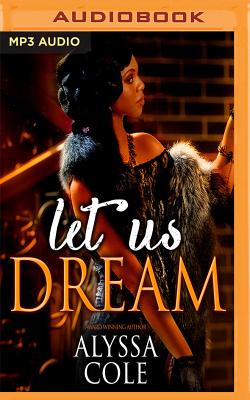 A rebellious cabaret owner and her stubborn chef pursue, life, liberty, and happiness in 1917 Harlem...and find love where they least expect it.

After spending half her life pretending to be something she's not, performance is second nature for cabaret owner Bertha Hines. With the election drawing near and women's voting rights on the ballot, Bertha decides to use her persuasive skills to push the men of New York City in the right direction.

Chef Amir Chowdhury jumped ship in New York to get a taste of the American Dream, only to discover he's an unwanted ingredient. When ornery Amir reluctantly takes a job at The Cashmere, he thinks he's hit the bottom of the barrel; however, working at the club reignites his dream of being a force for change. His boss, Bertha, ignites something else in him.

Bertha and Amir clash from the start, but her knowledge of politics and his knowledge of dance force them into a detente that fans the flames of latent desire. But Bertha has the vice squad on her tail, and news from home may end Amir's dream before it comes to fruition. With their pasts and futures stacked against them, can Amir and Bertha hold on to their growing love?

Originally appeared in Daughters of A Nation: A Black Suffragette Historical Romance Anthology.