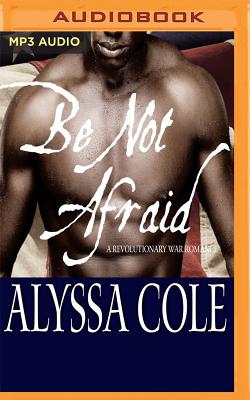 By Alyssa Cole, Karen Chilton (Read by)
$14.99
Backordered or Out of Print

Elijah Sutton is no fool, despite his love of a country that enslaves people like him. When he's offered land, livestock, and - most importantly - his freedom if he fights in his Patriot owner's stead, Elijah believes he'll soon have everything he ever wanted...and then he meets Kate.

The Crown has promised freedom to slaves who escape their Patriot masters and join the British side, and Kate intends to take them up on it. She's eager to leave America - and the painful memories it holds for her - far behind...and then she meets Elijah.

Their attraction is undeniable, but their goals couldn't be further apart. When Elijah is captured by the British while helping Kate, they're thrown into close proximity and forced to choose between their hopes for the future and their hearts.

Be Not Afraid originally appeared in the anthology For Love and Liberty: Untold Love Stories of the American Revolution.