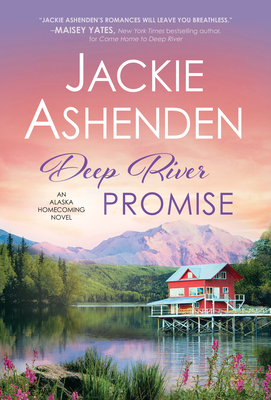 By Jackie Ashenden
$8.99
NOT ON OUR SHELVES- available for order, usually ships in 1-5 days

Damon Fitzgerald takes his responsibilities very seriously. Yet now, somehow, his responsibilities include the tiny Alaska town he inherited from his late army buddy. Damon just wants to get back to LA and his ailing mother, but first he has a promise to keep: looking out for his dead friend's son. Unfortunately, the boy's mother just happens to be Deep River's mayor and the most challenging woman Damon's ever met.

Astrid James is mayor of Deep River and she intends to do right by the town and her son. The last thing she needs is an arrogant outsider coming in, no matter how attractive he is. But there's more to Damon than his charm, just as there's more to Astrid than the no-nonsense mayor she appears to be. Soon the two of them are in deeper than the Deep River itself. But Damon is haunted by a private grief and Astrid has good reasons not to trust; can either of them risk their hearts on finding love again?

The heroes of Deep River are as rugged and wild as the landscape. Jackie Ashenden's romances will leave you breathless.--MAISEY YATES, New York Times bestselling author, for Come Home to Deep River