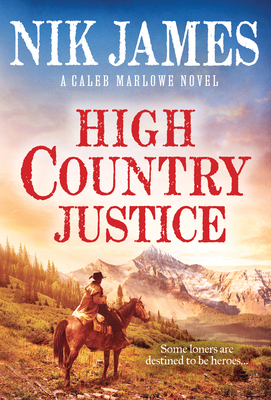 The first in a riveting new historical western series from author Nik James. It will take all this lone frontiersman's skills to save his only friend from murderous outlaws.

When Doc Burnett, Caleb's only friend in town, goes missing, his daughter Sheila comes seeking Caleb's help. Newly arrived from the East, she hotly condemns the bloody frontier justice of the rifle and the six-gun. But this is outlaw country.

Murderous road agents have Doc trapped in their mountain hideaway. To free Doc, Marlowe tracks his kidnappers through wild, uncharted territory, battling animals and bushwhackers. But when Sheila is captured by the ruthless gunhawks with a score to settle, Marlowe will have to take them down one by one, until no outlaw remains standing.