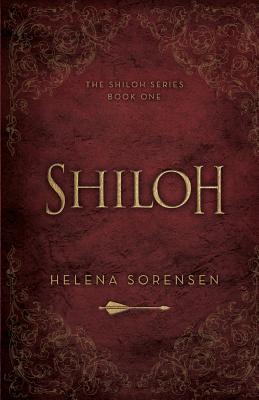 This is book number 1 in the Shiloh series.

In a world of perpetual shadow, a boy is born wielding remarkable power over fire. Amos is seven when he kills a Shadow Wolf and becomes a legend in Shiloh. Everyone is amazed by him . . . and afraid that his father may be a madman. His father tells stories about a world beyond the Shadow, a time before the Shadow. People who tell those stories usually come to unfortunate ends.

The year Amos and his best friend, Simeon, turn twelve, they are itching to prove themselves. An impetuous plan to steal a beautiful lantern goes miserably awry, and the lantern's owner prophesies that Amos will be devoured by the Shadow. For the first time, a seed of fear is planted in Amos's mind, and when his father is killed by a Shadow Wolf on the last day of the Great Hunt, the fear takes hold. If so great and brave a man as his father could fall to the Shadow, what hope does he have?

Does anyone ever truly escape the Shadow?