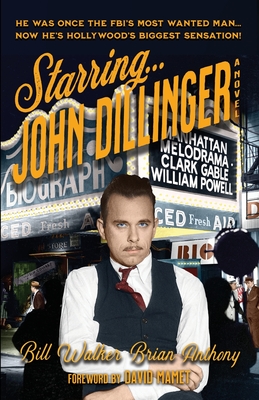 Everyone's out to get him. When he hits it big on the silver screen, will it make him immortal... or a bigger target?

Chicago, 1934. John Dillinger is weary of life as an outlaw. So when the FBI surrounds him at the Biograph Theater, the notorious thief surprises everyone and surrenders. And desperate to prove to the world he's gone straight, he makes a newsreel film from prison encouraging youngsters not to choose crime. John Dillinger in front of a camera proves as deadly as a Thompson submachine gun. Handsome and charismatic, Dillinger lights up the screen, and his little newsreel catapults him to stardom.

Pardoned due to the success of the picture, Dillinger finds himself deep in the cutthroat world of Hollywood. And with J. Edgar Hoover furious and actors like Clark Gable jealous, the criminal-turned-movie-star may find Tinseltown deadlier than robbing banks.

Can Dillinger survive his newfound fame, or will he die on the cutting room floor?

Starring... John Dillinger is a wild and light-hearted alternative history novel. If you like guns, girls and gangsters, all mixed in a potent cocktail of wicked humor and imaginative what-if's, then you'll love Walker and Anthony's speculative story.