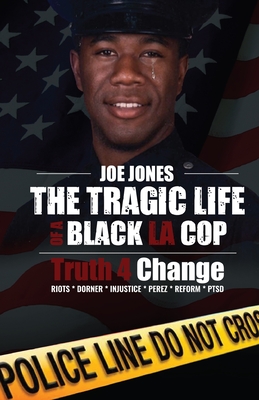 It took Jones 20 years to write this book. The Emotional Pain and Nightmare of being an Officer would not allow him to endure the Reflection needed consistently. He was finally able to complete it after many killings of innocent Blacks at the hands of Law Enforcement, as well as the recent obvious Racial Disparage of Equal Justice in America witnessed by the World with the Insurrections of the U.S. Senate Building by Trump supporters. The Book Burned his conscious again and was able to finish.

This book is the Bible of the Crippling Circumstances a Black Police Officer can experience during a Law Enforcement Career. The Author through honest testimony has chronically depicted his life as a young man, through the Academy, and 8 1/2 years as an LAPD Officer before succumbing to PTSD caused by multiple tragedies, conspiracies, and Injustice during his career and years after as a Retired Officer. He is revealing his truth to hopefully once and for all get the conversation continued to Reform Police Departments across the Nation.