Ned Kelly: The Story of Australia's Most Notorious Legend (Hardcover) 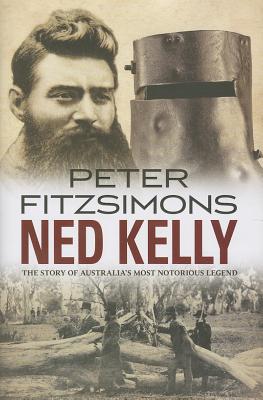 By Peter Fitzsimons
$44.95
Email or call for price

More than 130 years after his execution, the legend of Ned Kelly lives on

Born in Victoria to an Irish convict father, the young Ned started his criminal career at 14 and was jailed for three years at 16 for a run-in with a policeman for stealing a horse. In 1890, Ned Kelly was hanged at 25 in the Melbourne Gaol, two years after the shooting of three policemen and the spate of outlandish bank robberies. It was from these killings and robberies where the legend of Ned Kelly, bushranger, antihero, and an icon of a nation, was born. The Kelly gang's last stand, at Glenrowan in Victoria, is at the very core of Australian folklore. The homemade armor that Ned donned in his last stand against the police force is an Australian icon and the subject of many stories and famous artworks. This year, 2013, sees Ned Kelly finally laid to rest in consecrated ground, as was his final wish.

Peter FitzSimons is a journalist with the Sun-Herald and the Sydney Morning Herald, and the author of more than 20 books, including How Hemlines Predict the Economy.