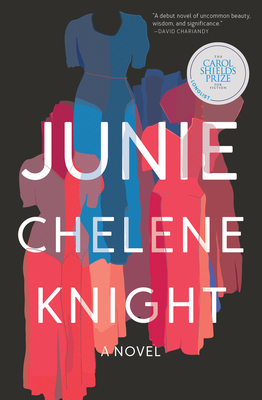 A riveting exploration of the complexity within mother-daughter relationships and the dynamic vitality of Vancouver's former Hogan's Alley neighbourhood.

1930s, Hogan's Alley—a thriving Black and immigrant community located in Vancouver's East End. Junie is a creative, observant child who moves to the alley with her mother, Maddie: a jazz singer with a growing alcohol dependency. Junie quickly makes meaningful relationships with two mentors and a girl her own age, Estelle, whose resilient and entrepreneurial mother is grappling with white scrutiny and the fact that she never really wanted a child.

As Junie finds adulthood, exploring her artistic talents and burgeoning sexuality, her mother sinks further into the bottle while the thriving neighbourhood—once gushing with potential—begins to change. As her world opens, Junie intuits the opposite for the community she loves.

Told through the fascinating lens of a bright woman in an oft-disquieting world, this book is intimate and urgent—not just an unflinching look at the destruction of a vibrant community, but a celebration of the Black lives within.

Vancouver-born Chelene Knight is the author of Braided Skin and the memoir Dear Current Occupant, winner of the 2018 Vancouver Book Award. Her essays have appeared in multiple Canadian and American literary journals and newspapers, including The Globe and Mail, the Toronto Star, and The Walrus and her work has been widely anthologized. Her poem 'Welwitschia' won the 2020 Contemporary Verse 2's Editor's Choice award. She was shortlisted for PRISM's 2021 Short Forms contest. Chelene is the founder of her own literary studio, Breathing Space Creative, through which she has launched The Forever Writers Club, whose members are writers focused on creative sustainability. Chelene works as a literary agent with the Transatlantic Agency. She lives in Harrison Hot Springs, British Columbia.