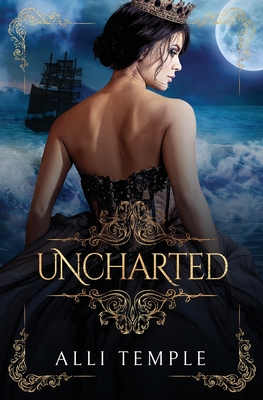 By Alli Temple
$20.99
NOT ON OUR SHELVES- available for order, usually ships in 1-5 days

In a world of arrogant nobles and their punishing laws, Georgina will be hung if anyone discovers she is a spy. But when the wicked prince proposes marriage, Georgina must accept. Refusing would expose the secrets she has delivered to a hidden resistance and forfeit her life. With her wedding day looming ever closer, salvation comes from an unlikely source.

Pirate Captain Cinder is a terror on the open sea, striking fear into hearts wherever she sails. Now she has a new target. The vulnerable Princess Georgina should be an easy mark in Cinder's kidnapping plot. However the legend of Captain Cinder is more intertwined with Georgina's own history than either of them expect.

Treacherous storms. A mysterious pirate king. The prince's unrelenting pursuit. Georgina and Cinder can only escape by following the uncharted course of their hearts. Just as a future together is within their grasp, Cinder's past threatens to drag them both to the deep.