A Broken Darkness (Beneath the Rising #2) (Paperback) 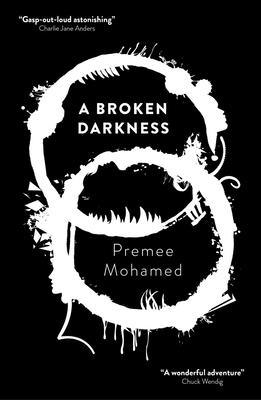 By Premee Mohamed
$11.99
NOT ON OUR SHELVES- available for order, usually ships in 1-5 days

In the heartwrenching follow-up to last year’s breakout Beneath the Rising, the war with the nameless things from Beyond opens a new front – as the heroes’ tattered friendship is finally torn apart.

It’s been a year and a half since the Anomaly, when They tried to force Their way into the world from the shapeless void.

Nick Prasad is piecing his life together, and has joined the secretive Ssarati Society to help monitor threats to humanity – including his former friend Johnny.

Right on cue, the unveiling of Johnny’s latest experiment sees a fresh incursion of Them, leaving her protesting her innocence even as the two of them are thrown together to fight the darkness once more…

Premee Mohamed is an Indo-Caribbean scientist and speculative fiction author based in Edmonton, Alberta. Her short fiction has appeared in a variety of venues, including Analog, Escape Pod, Augur, and Nightmare Magazine. Her debut novel, Beneath the Rising, is out now from Solaris Books, with the sequel A Broken Darkness due out in 2021. She can be found on Twitter at @premeesaurus and on her website at www.premeemohamed.com.