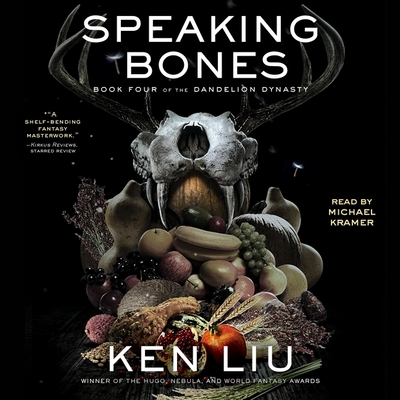 This is book number 4 in the Dandelion Dynasty series.

The battle continues in this silkpunk fantasy as science and destiny collide against the will of the gods in this final installment in the epic Dandelion Dynasty series from Hugo, Nebula, and World Fantasy Award-winning author Ken Liu.The concluding book of The Dandelion Dynasty begins immediately after the events of The Veiled Throne, in the middle of two wars on two lands among three people separated by an ocean yet held together by the invisible strands of love. Harried by Lyucu pursuers, Princess Th ra and P kyu Takval try to reestablish an ancestral dream even as their hearts grow in doubt. The people of Dara continue to struggle against the genocidal Lyucu as both nations vacillate between starkly contrasting visions for their futures. Even the gods cannot see through the Wall of Storms, for only mortal hearts can decide mortal fates. Award-winning author Ken Liu fulfills the covenants first laid out a decade ago in a series delving deep into the connection between national myths and national constitutions in this ambitious, magnificent fantasy epic (NPR).