Letters: Sometimes It's the Hero That Needs Saving the Most (Compact Disc) 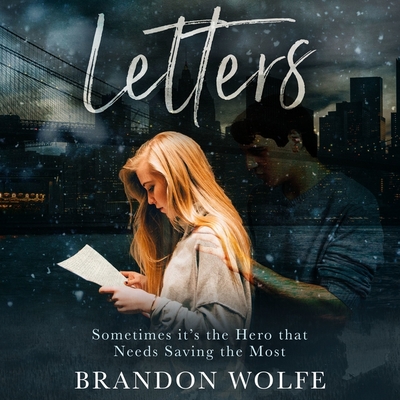 By Brandon Wolfe, Joel Richards (Read by)
$32.95
Backordered or Out of Print

Chace, a teenage orphan with the power to see the future, saves people anonymously by leaving them a letter to find in their moment of crisis. When his friends are in danger, he is there. He saves them but cannot predict the consequences. He can see their future, but he cannot see his own.

Chase is interrupted while writing to save his best friend, Sarah. With an incomplete letter, her rescue feels equally incomplete inside. Sarah cannot rest until she speaks to the one person who helped her want to go on living. Unable to see him right beside her, she goes public to try to find her anonymous hero.

The story captivates a nation as the hundreds whose lives Chace has already touched begin to come forward with their letters. Unable to hide his identity any longer, those closest to Chase learn the truth one by one. But he has another secret, one that threatens not only his anonymous heroics, but could even end his life. Will Chace disappear quietly into the night, or will he be adopted by a city that knows him only as Letters?