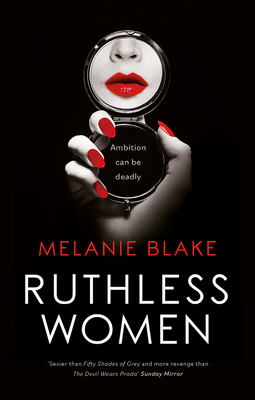 By Melanie Blake
$24.95
NOT ON OUR SHELVES- available for order, usually ships in 1-5 days

Ambition can be deadly... A sizzling thriller set behind the scenes of a glamorous TV soap, from a Sunday Times bestselling author. Falcon Bay is the UK's favorite TV soap, beamed to millions three days a week from its beautiful location in the Channel Islands. But the show has a new owner, and ratings are falling. The cast and crew used to be 'one big family,' but now they've turned against each other in the battle to impress their new boss and survive the downturn. Writer Farrah, lead actor Catherine, and producer Amanda are the driven, ambitious women who keep the show on the road. But Farrah is losing episodes to her less experienced male rival, Catherine is terrified of the public falling out of love with her, and Amanda's evil husband Jake, vice president of the network, is plotting to get his wife kicked off the show. Can these women team up to bring down their rivals? Only if they are prepared for a battle of the sexes—where they'll need to be as ruthless as the men to come out on top...

Melanie Blake was a music manager and talent agent before becoming a novelist. At twenty-one she was working at the BBC’s iconic Top of the Pops show, and by twenty-seven she had created her own agency. Her music clients have sold 100 million records between them, and her acting clients have included Patsy Kensit, Michelle Collins, Daniella Westbrook, and Claire Sweeney, as well as many Emmy and BAFTA award-winners from Coronation Street, EastEnders, Emmerdale, Hollyoaks, and Dynasty. Melanie Blake is known within the entertainment industry as the Queen Of Soaps.


"A glamorous, revenge filled thriller that makes you want more with every page turn" —Daily Express


"If you only read one book this summer, make sure it's this one!" —Daily Mirror

"Revenge, rivalry, betrayal and murder – The Thunder Girls has got it all!, OK! The perfect summer bitchfest! Unputdownable!" —Notebook


"A sassy tale of betrayal, revenge and murder'" —The Liverpool Echo


"A seductive thriller that will have you racing through its pages. Melanie Blake's sassy novel is the ultimate summer read" —Woman Magazine