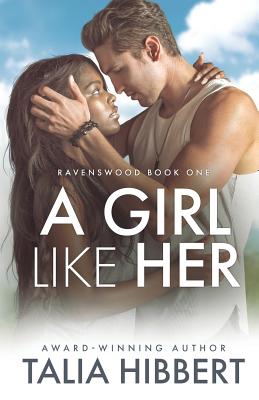 She's the town pariah. He doesn't give a damn.

In Ruth Kabbah's world, comic books are king, silence is golden, and human contact is a pesky distraction. She doesn't like people, which works out just fine, because the people in this small town don't like her. The exception to that rule? Evan Miller, her way-too-charming next-door neighbour...

Ex-military man Evan is all tattooed muscle on the outside--and a big, cuddly teddy bear beneath. He's used to coaxing prickly people from their shells, but he's never met a woman quite like Ruth. Blunt, sarcastic, and secretly sad, she's his exact opposite. She's also his deepest desire.

Soon, Evan's steady patience and smouldering smiles are melting Ruth's reserve. But when small-town gossip from her past begins to poison her future, she's forced to make a choice. Should she trust Evan completely? Or is her heart safest alone?

Talia Hibbert lives in a bedroom full of books. Supposedly, there is a world beyond that room-but she has yet to drum up enough interest to investigate.