The Gadfly: The revolutionary best-seller which inspired Adam Curtis's Can't Get You Out of My Head (Paperback) 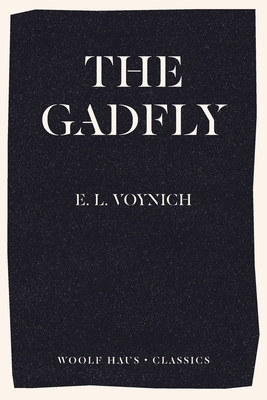 By Ethel Voynich, Ethel Lilian Boole, E. L. Voynich
$14.99
NOT ON OUR SHELVES- available for order, usually ships in 1-5 days

"The most exciting novel I have ever read" - Bertrand Russell

"At the end of the nineteenth century, Ethel Boole Voynich] had gone to Russia as a young girl and become involved with the revolutionaries in Saint Petersburg. She wrote a novel called The Gadfly - it told a powerful, romantic story of a young girl who sacrificed everything for revolution. Without realising it, Voynich] had become a hero of the Russian revolution ... her novel inspired millions of young revolutionaries in the 1920s to rise up and fight for the revolution, inspired by the idea of surrendering themselves to a grand historic cause. Then the same had happened in China - again, millions of young revolutionaries had carried The Gadfly in their backpacks, as they fought to create a new kind of future." - Adam Curtis, Can't Get You Out of My Head; An Emotional History of the Modern World