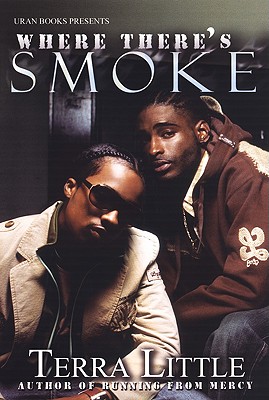 By Terra Little
Email or call for price.
Hard to Find

In the beginning, there was a drug dealer named Smoke, and Breanne Phillips was one of his most faithful customers. She was smoking crack cocaine to block out an existence she wanted to escape from. Smoke was just money-hungry enough to take her cash—and anything else she had to offer—in exchange for the magic rocks he had. It was a mutually satisfying arrangement, one he forgot about as soon as he got out of the game, dropped the nickname Smoke and started answering to the name Alec.

Fast forward sixteen years, and Breanne Phillips is back in his life. These days, she's a businesswoman who goes by the name of Anne. She's dragging a sixteen-year-old hoodlum behind her, claiming Alec is the boy's father and demanding that he straighten out their son. And as if dealing with an unwelcome ghost from his past isn't enough, his son is mixed up in the kind of foolishness Alec is all too familiar with, which means he'll have to step in and rearrange some things. A door opens, and Smoke is suddenly back on the scene, ready to put some heads to bed, including Anne's. After that, he'll deal with the son he never knew he had.

Terra Little currently resides in St. Louis, MO, where she works as a probation/parole officer.