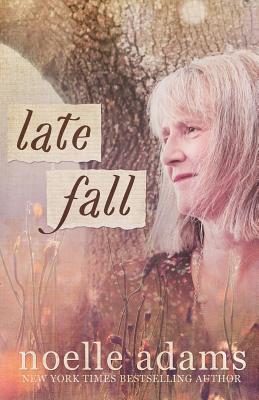 This is life. After summer, the green leaves always change colors and fall off the trees. Dogs die, no matter how much you love them. Land is sold, even if you used to tell yourself you were going to die on the property. And people get old.

Ellie Davenport has watched the same valley change with the seasons since she was a child. A sharp and intelligent woman, she's enjoyed a stellar professional career, a full love life featuring interesting men, and a small but loving circle of family and friends.

Now she's on the other side of the valley, retired, alone, and the view is much different. She wants to believe that it's just as beautiful from this side, looking back at her life, but the self-sufficient resiliency she's always depended on to keep her path straight and people at arm's length isn't as reliable in the crowded and socially uncomfortable microcosm of assisted living.

The discovery that her old work rival, Dave Andrews, is just down the hall, just as annoyingly handsome, and keeps showing up on her daily hike is most definitely a disaster and not at all interesting.

I would have thought that, living as long as he has, some of that arrogance would have been burned off through the fires of life, but evidently it hasn't been. He's still the same jackass who showed up in my office one day and told me my budget for periodicals would be cut in half starting immediately.

Dave isn't just the same as he always was. Loss has a way of moving into the heart and changing people. Except -- sometimes a long walk with a smart woman can show you just how much room you still have left for love.

I don't know if you've ever tried it, but telling yourself there's nothing to hope for doesn't ever work.

We're human beings, after all. Hope is what we do.