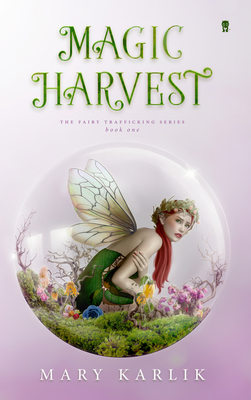 Layla has never belonged to the fairy realm – at least, half of her hasn’t. She’s never known anyone with human blood, not even her father. When she was three, the dragon Fauth attacked the fairy festival, murdering her fae mum & stepfather. Frankly, some fairies think she should’ve been eaten too.

As she grew, despite being called names like “fuman” for being a half-blood, she’s discovered that being half-human isn’t terrible. She may lack magic, but she is immune to iron sickness, and she can wield a sword with elven skill.

Magic in the human world is disastrous.

Sixteen years later, when Layla’s half-sister is kidnapped and taken through a portal to the forbidden human realm, Layla rushes to the rescue. She’s older and stronger, and she’s not about to let her last living family member be taken from her without a fight.

Only someone who belongs to both worlds can find the truth.

The portal spits her out in the Royal Mile in Edinburgh, but neither her sister or the kidnapper are anywhere to be found. Stuck in a world she only knows from school books, Layla forges unlikely alliances to find her sister. As she becomes tangled in the dark world of fairy trafficking, magic harvesting, and murder, Layla will have to find the strength within if she is to survive and save her sister.

“Mary Karlik, is truly a hidden gem of a writer.” – I Am the Bookworm

Mary Karlik has always been a dreamer. When she was a teen, she read The Lion, The Witch and the Wardrobe, and then sat in every wardrobe in her Nanna' home, trying to open the door to Narnia. She didn't find it, but she did discover her voice as an author: one filled with her young adult self, and grounded in her roots as a Texan and her Scottish heritage, nourished by obscure Scottish folklore.

You can find her Texas roots in her YA contemporary romance Hickville series , which has been described as "100% solid storytelling," and begins with Welcome to Hickville High, a "lovely story about growing up."

She digs deep into her Scottish roots - there is magic there, she just knows it - for the forthcoming YA epic fantasy Fairy Trafficking series, beginning with Magic Harvest.

She makes her home in the beautiful Sangre de Cristo mountains of Northern New Mexico where she is a certified professional ski instructor, but she also loves visiting Scotland where she is currently studying Scottish Gaelic at the University of Highlands and Islands in Skye. Mary also earned her MFA in Writing Popular Fiction from Seton Hill University, has a B.S. degree from Texas A&M University, and is a Registered Nurse.

Mary currently serves as the President of the Young Adult Chapter of Romance Writers of America and looks forward to raising a glass or two of gin and tonic with her fellow writers every year at RWA’s national convention.