Protecting the President : An Inside Account of the Troubled Secret Service in an Era of Evolving Threats (Hardcover) 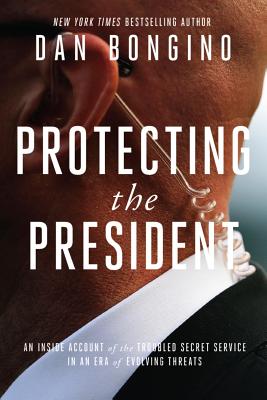 Being a Secret Service agent is one of the most treacherous jobs in the world and never more so than in today’s highly polarized America. Facing threats from fence jumpers and manifesto writers, and from fanatical terrorists and sophisticated spies, protecting the president is harder than ever. In an age of hyper-partisan politics, emotions are high and crazies are a dime a dozen. On top of that, with international tensions reaching a boiling point, it’s harder than ever to determine friend from foe.

Yet the President of the United States is in very real danger if the Secret Service doesn’t change course soon and evolve with the rapidly changing threat environment. Highly motivated “bad guys” are already working on technologically advanced methodologies and are constantly striving to formulate the logistics of an attack on the White House. Eventually terrorist planners will find a way to acquire the technology, weapons, explosives, and know-how to make an attempt on the life of the President. The only question is “What are we going to do about it?”

Protecting the President provides not only a rare insider glimpse of what the Secret Service does, but explores the challenges facing the agents today. Chock-full of relevant stories of protecting past presidents, veteran agent Dan Bongino explains how the agency can best protect the president today. This book covers how the Secret Service should

Dan Bongino started his career in law enforcement with the NYPD in 1995, joining the ranks of the Secret Service in 1999 as a special agent where he was assigned to investigate financial crimes. In 2006, he joined the elite Presidential Protective Division in the administration of President George W. Bush, remained on protective duty during the change in administration to President Barack Obama, but resigned from the Secret Service in 2011 to run for a Senate seat in Maryland. The New York Times best-selling author of Life Inside the Bubble and The Fight, Bongino provides expertise on international security and political strategy for news outlets such as Fox News, CNN, and others.