Not Your Villain (Sidekick Squad #2) (Paperback) 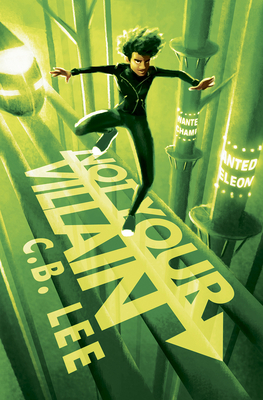 This is book number 2 in the Sidekick Squad series.

Bells Broussard thought he had it made when his superpowers manifested early. Being a shapeshifter is awesome. He can change his hair whenever he wants and, if putting on a binder for the day is too much, hes got it covered. But that was before he became the countrys most wanted villain.

After discovering a massive cover-up by the Heroes League of Heroes, Bells and his friends Jess, Emma, and Abby set off on a secret mission to find the Resistance. Meanwhile, power-hungry former hero Captain Orion is on the loose with a dangerous serum that renders meta-humans powerless, and a new militarized robotic threat emerges.

Sometimes, to do a heros job, you need to be a villain.

C.B. Lee is a Lambda Literary Award nominated writer of young adult science fiction and fantasy. Her works include the Sidekick Squad series (Duet Books) and Ben 10 (Boom!). CB loves to write about queer teens, magic, superheroes, and the power of friendship. When not nationally touring as an educator, writer, and activist, CB lives in Los Angeles, where she can neither confirm nor deny being a superhero. You can learn more about her and her adventures as a bisexual disaster at http://cb-lee.com.

"Both the action and the tweaks to typical world-building make this charmingly fresh. VERDICT: A fun choice for action-adventure shelves." —
Francisca Goldsmith, School Library Journal