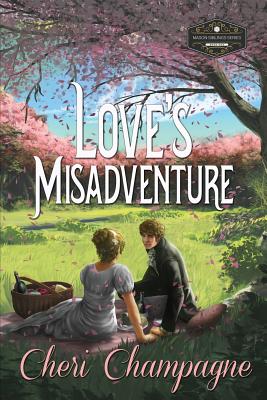 This is book number 1 in the Mason Siblings series.

Miss Annabel Bradley refuses to accept life as a spinster. Her many years of pouring greedily over gothic novels has put her head in the clouds; dreaming and hoping for the love she reads about. She has always held a tendre for her best friend, Lane Mason, seventh Earl of Devon, but she does not want to jeopardize their friendship by telling him about those indecent dreams of hers. Anna, therefore, makes a life-changing decision; she is going to accept the proposal of the next suitor to ask

Lane Mason is an average aristocrat; absorbed in life in general, and content with his status in society. Amid a frequently occurring moment of self-loathing, Lane shockingly discovers his feelings for Anna. Now armed with the awareness of his love for Anna, Lane decides to perpetrate a devilishly clever scheme. He will pay actors to abduct the two of them in order to give Anna an adventure like the ones she reads in her treasured books.

Lane's plans go awry, however, when they are kidnapped in truth.