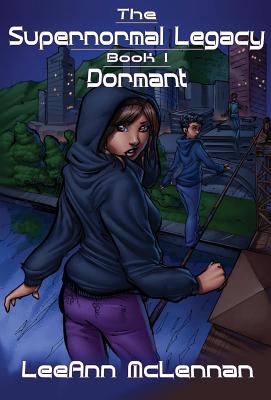 When she was just seven years old, Olivia Woodson already knew she was a supernormal, someone with super powers who must protect normals. Then she witnessed her supernormal mother die fighting terrorists, and fear and guilt drove Olivia to cut off all contact with her mother's family and reject her destiny as a supernormal. Now, at 14, she just wants is to live her life as a teenager with her normal father, maybe grow up to be an environmental lawyer or a photojournalist. But when Olivia and her boyfriend, Jack, get caught in the middle of a bank robbery, she must choose between using her supernormal powers or watching the robbers kill innocent people. Olivia's powers awaken, saving the day. She tells herself this is the only time she'll ever use them, but her powers refuse to be contained, forcing Olivia to do what she dreads most - connect with the supernormal side of her family and awaken the power that has been lying dormant inside her.