You Only Need One (Paperback) 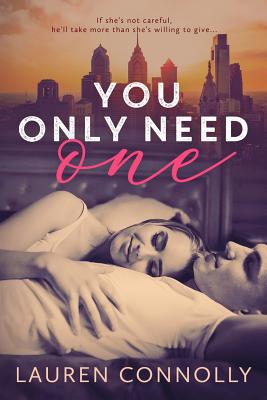 She's agreed to give him her kidney, but he wants her heart.

Ben Gerhard lives his days reliant on a machine to keep him alive. His kidney failure has progressed rapidly, and none of his family or friends are matches to donate. Then relief comes in the form of Holly Foster. She's bossy, adorable, and willing to undergo surgery to save Ben. Problem is, the more time he spends around her, the more he wants her to see him as a something other than the sick guy she's agreed to help. Holly gets Ben to share hidden parts of himself, all the while keeping him at a distance.

Holly cannot be attracted to Ben Gerhard. That's what she tells herself repeatedly even as his charming smile, constant jokes, and soothing presence entice her to let her guard down. But anything other than a friendly relationship would put the kidney exchange at risk, and there is nothing in the world Holly wants more than to save her brother. They've been burned in the past, and this time needs to go smoothly. Problem is, Holly is finding that the guy whose life she's agreed to save is becoming an integral part of her own.

If she's not careful, he'll take more than she's willing to give ...