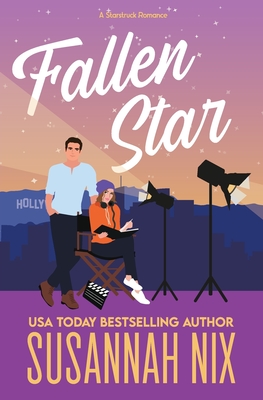 This is book number 2 in the Starstruck series.

Combative coworkers go from enemies to lovers when sparks fly behind the camera in this Hollywood comeback story from award-winning and USA Today bestselling author Susannah Nix.

Scott Deacon was one of the most bankable stars in Hollywood until his drug abuse and out-of-control behavior brought it all crashing down.

Four years after flaming out, he's clean, sober, and trying to revive his career. But what he needs is to warm up the beautiful yet chilly script supervisor who won't cut him a break.

Grace Speer doesn't think much of Scotty Deacon. He may be sex on wheels, but the man is 100% bad news. Beneath the handsome facade, he's just another arrogant jackass determined to make her life more difficult.

Only the more time they spend together, the more his flirtatious smiles and sweet gestures break down her defensive walls. As Grace realizes there's a lot more to Scott than the sordid tabloid tales, she finds herself falling hard for him.

But can she really trust him with her heart? Or is she buying herself another front-row ticket to heartbreak?