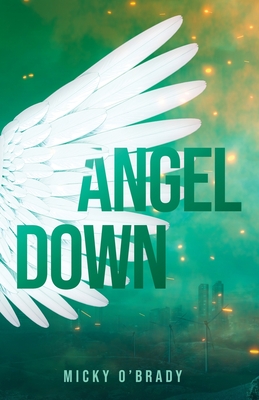 Ten years ago, the Founders, angel-like creatures, arrived in their spaceships and conquered humanity. Seventeen-year-old Lea Akiyama knows all their rules by heart, especially the Eleventh Commandment: Thou Shalt Not Touch Those Descended From The Heavens. After all, breaking that rule got her parents killed.

Unfortunately, she does touch a Founder. Okay, she saves his life, but still. It would be eighteen-year-old Jamie's right to kill her. Instead due to a weird twist of fate they both end up doing the bidding of the human Resistance.

Trapped and forced into cooperation, Jamie is the last person Lea expected to bond with. Granted, he's definitely hot thanks to those uber-perfect Founder-genes, but he's still one of them. Yet, as Lea and Jamie begin a dangerous double game for their freedom, the sparking tension between them becomes impossible to ignore.

Desperately trying to keep their distance from each other, Lea and Jamie uncover the Founders' biggest secret-a secret that could change the course of the world and puts Lea in mortal peril not only by the Founders and their commandments, but even more by the boy she is falling for.