Look for Me and I'll Be Gone: Stories (Paperback) 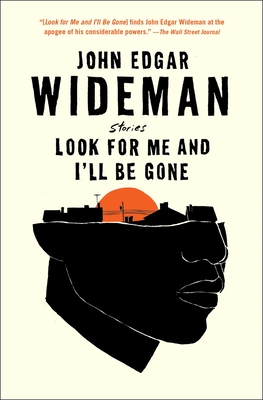 *A Wall Street Journal Top 10 Best Book of the Year*

From John Edgar Wideman, a modern “master of language” (The New York Times Book Review), comes a stunning story collection that spans a range of topics from Michael Jordan to Emmett Till, from childhood memories to the final day in a prison cell.

In Look For Me and I’ll Be Gone, his sixth collection of stories, John Edgar Wideman imbues with energy and life the concerns that have consistently infused his fiction and nonfiction. How does it feel to grow up in America, a nation that—despite knowing better, despite its own laws, despite experiencing for hundreds of years the deadly perils and heartbreak of racial division—encourages (sometimes unwittingly, but often on purpose) its citizens to see themselves as colored or white, as inferior or superior.

Never content merely to tell a story, Wideman seeks once again to create language that delivers passages like jazz solos, and virtuosic manipulations of time to entangle past and present. The story “Separation” begins with a boy afraid to stand alone beside his grandfather’s coffin, then wends its way back and forth from Pittsburgh to ancient Sumer. “Atlanta Murders” starts with two chickens crossing a road and becomes a dark riff, contemplating “Evidence of Things Not Seen,” James Baldwin’s report on the 1979–1981 child murders in Atlanta, Georgia.

Comprised of fictions of the highest caliber and relevancy by a writer whose imagination and intellect “prove his continued vitality...with vigor and soul” (Entertainment Weekly), Look For Me and I’ll Be Gone will entrance and surprise committed Wideman fans and newcomers alike.

John Edgar Wideman’s books include, among others, Look for Me and I’ll Be Gone, American Histories, Writing to Save a Life, Brothers and Keepers, Philadelphia Fire, Fatheralong, Hoop Roots, and Sent for You Yesterday. He won the PEN/Faulkner Award twice and has twice been a finalist for the National Book Critics Circle Award and National Book Award. He is a MacArthur Fellow and a recipient of the Lannan Literary Award for Lifetime Achievement, and the PEN/Malamud Award for Excellence in the Short Story. He divides his time between New York and France.

Named a most anticipated book by LitHub, The Millions, and Bustle

“These short stories are the kind that stay with you… Extremely absorbing, with Wideman’s stream-of-consciousness style evoking raw emotion and empathy.”
—Guardian

“Master of language... Wideman has always been less interested in what a story tells than how it gets told, how the telling shapes our perception of our world. In works that erode the boundaries between fiction, memoir and essay, Wideman explores the impulses that drive storytelling itself, returning to some enduring themes and formal devices.”
—New York Times Book Review

"Mr. Wideman is one of the great tragedians of American literature... this collection, Mr. Wideman’s artistic consummation, is also the site of his unraveling, and there are moments of unbearable vulnerability when the author puts aside his great gifts to lie down in the rag and bone shop of the heart."
—Wall Street Journal

“Look for Me and I’ll Be Gone, a short-story collection that draws fluidly from his personal life, is John Edgar Wideman’s extended farewell to outrage... The book’s style is so deceptively modest it stares you down and waits for you to realize it’s cut your heart out while you coasted along on the calm surface of the syntax into a seething indictment of every aspect of society.”
—4Columns

"Philosophical, ruminative, and alive with wordplay ... In each story, Wideman illustrates just how intricately the past is interwoven with the present, and there is plenty here to satisfy fans of captivating literary storytelling."
—Booklist (starred review)