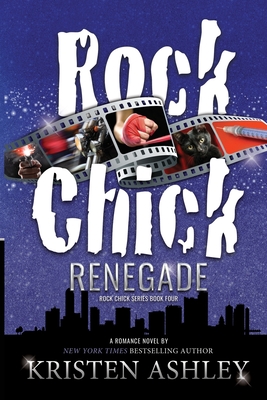 This is book number 4 in the Rock Chick series.

Juliet Lawler has a score to settle against the drug dealers of Denver. Vance Crowe has made it his mission that Jules won't get dead while dishing out vigilante justice. Jules doesn't have time for romance, she's too busy saving the world. In this effort, she enlists Zip (a gun store owner), Heavy (an ex-PI) and Frank (a mysterious recluse) to help. The Rock Chicks get involved to provide advice and guidance. The Hot Bunch adopt Jules as one of their own. Even though Jules tries to hang on to her inner Head-Crackin' Mamma Jamma, the Rock Chicks, Hot Bunch, Jules's long-suffering Uncle Nick and her Jackie-O wannabe friend May, will stop at nothing to wear her down. Not to mention Vance, who has his own unique ways of digging into Jules's heart. But Jules makes some bad guys pretty angry, and one will stop at nothing to take her out. And Vance may be too late in making sure that doesn't happen.