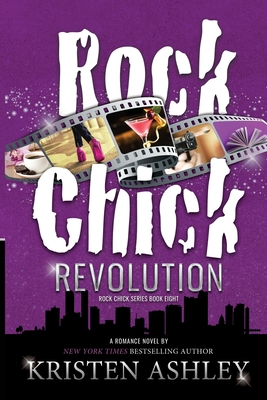 This is book number 8 in the Rock Chick series.

Ally Nightingale has secrets. Secrets she doesn't even share with the Rock Chicks. But two men know what she's up to. One has her back. The other has her heart, but he doesn't know it.As Ally rewinds the last year of her life, she knows two things. One, she's never going to get what every Rock Chick should have-her own Hot Bunch guy. And two, she's a Nightingale through and through. She just isn't sure what to do about that.But as her secrets are revealed, the men in her life react. Darius Tucker, a lifelong friend, as usual takes her back. Ren Zano, the man she loves, isn't quite so sure. The Rock Chicks, Hot Bunch and the entire gang at Fortnum's weigh in, and a Rock Chick Revolution starts brewing.It's up to Ally to control it and prove what she knows down to her bones.She's a Rock Chick, she deserves her hot guy and she's going to keep the one she wants...Because she's a Nightingale.