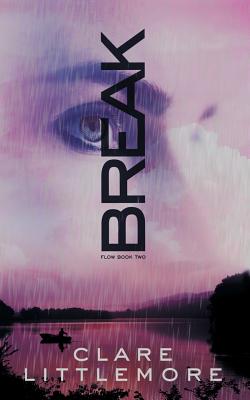 It's been three months since Quin transferred to Patrol and discovered the terrifying truth about the community she lives in. Citizens of The Beck are disposable and those in charge are capable of terrible cruelty. Vowing to protect those around her, Quin has joined the Resistance. But she knows she is risking everything.

Rebellion of any kind must be secretive and clever. Gathering enough people to fight seems like an impossible task. When those closest to her are directly threatened, Quin knows she has to act. But time is running out. Governance will stop at nothing to protect the world it has worked to build. In the end, Quin must decide how far she is prepared to go to rescue the ones she loves.

Break is the second in the Flow series, which follows Quin as she struggles to carve out a future in the harsh regime she was born into.