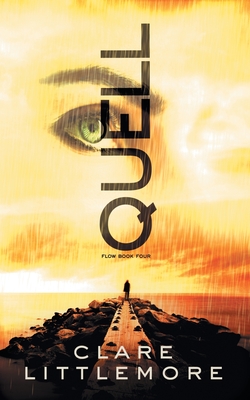 This is book number 4 in the Flow series.

One battle. One chance to change the future.

Having survived the deadly virus that endangered her new community, Quin is devastated to learn that the same sickness threatens The Beck. With Adams and his Shadow Patrol in charge, Cam and her friends are in mortal danger.

The rebels know they're not strong enough to take on The Beck's government alone. The only way to succeed is to join forces with The Ridge. But their alliance is built on tenuous threads: one wrong move could destroy their hopes forever.

As Quin steels herself for the final battle, a shocking revelation leaves her wondering what she is willing to sacrifice in the name of freedom.

Quell is the fourth and final book in the Flow series, which follows Quin and her allies into the ultimate battle to save The Beck.