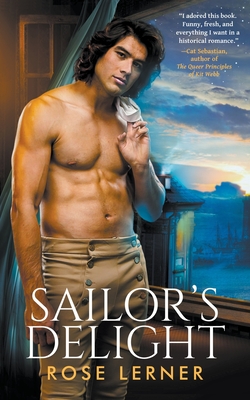 Self-effacing, overworked bookkeeper Elie Benezet doesn't have time to be in love. Too bad he already is--with his favorite client, Augustus Brine. The Royal Navy sailing master is kind, handsome, and breathtakingly competent. He's also engaged to his childhood sweetheart. And now that his prize money is coming in after years of delay, he can afford to marry her...once Elie submits the final prize paperwork.

When Augustus comes home, determined to marry by the end of his brief leave, Elie does his best to set his broken heart aside and make it happen. But he's interrupted by one thing after another: other clients, the high holidays, his family's relentless efforts to marry him off. Augustus isn't helping by renting a room down the hall, shaving shirtless with his door open, and inviting Elie to the public baths. If Elie didn't know better, he'd think Augustus didn't want to get married.

To cap it all off, Augustus's fianc e arrives in town, senses that Elie has a secret, and promptly accuses him of embezzling. Has Elie's doom been sealed...or is there still time to change his fate?