The State of Racial Diversity in Romance Publishing Report

What percentage of books published in each year were written by BIPOC authors?

please note: We did not write a full report in 2021 due to the pandemic. We felt it was necessary to prioritize the health and wellbeing of our staff and the continued operation of our store during the ongoing pandemic. The numbers are included on the table above.

Q: What is this study?

A: The State of Racial Diversity in Romance Publishing Study tracks the publication of books written by authors who are BIPOC (Black, Indigenous and/or People of Color) in the traditional romance publishing genre.

Q: How did we collect this data?

1. Generate lists of every romance novel published by the leading romance publishers in a given year (using the criteria several questions down about which books are included). We gather this data directly from publisher and distributor websites and catalogues, cross-referencing to make sure we don't miss any books.

3. Research authors to identify BIPOC. (see below for more specifics on this step)

Q: How are publishers invovled?

A: For the first 5 years we conducted this report, we asked publishers to participate by providing their title data. However in 2021, we stopped asking for publisher participation because it slowed down our process and confused readers of the report (instead of saving us time like it was supposed to). Numbers generated for the year 2021 on do not include any official publisher participation.

Q: Why only race?

A: While many groups are still woefully underrepresented in the romance genre, including people with disabilities, marginalized religious groups, and members of the LGBTQ+ community, racial diversity is the specific area we chose to focus on. And the truth is that racial discrimination and white supremacy is still dominant, even when in concert or combination with other marginalized identities.

It was also a place where we felt, as booksellers, that we were able to best contribute to the larger conversation. Anyone who reads the report and thinks to themselves, “why don’t they talk about x, y, or z?” should absolutely consider doing their own research and contributing to pushing the romance industry forward. If you decide you want to undertake a research project and have any questions we can help with, please email us!

Q: How do you determine if someone is BIPOC?

A: We research to discern, to the best of our ability, non-white authors through information like photographs, social media, interviews and biographies from author websites. Many authors who are BIPOC indicate that they identify as such in their bios or on their social media pages. All information we use is public.

This is not a foolproof system and we make every effort to be extremely open about that.

But we also don’t want to pretend like race isn’t something that is perceived by others. Why should we pretend that a person’s race is not something that the outside world can see, and too often, judge? We think denying perceptions of race, and resulting racism, only serve to uphold white supremacist structures that pretend to operate on meritocracy because they “cannot see race.”

Authors who do not have a public photograph or biography account for about 5% of authors included in the report over the years. Books by these authors are excluded from the final report. It has never been enough books-per-publisher that it would significantly change any publishers percentage.

Q: Doesn’t this mean there is room for error?

A: Absolutely. Some authors do not choose to publicly share personal information for a variety of reasons. We completely respect that choice, but it does mean there is some room for error. It is also possible, if not probable, that we have miscategorized at least a few authors over the years we have published the report.

Q: How do you determine what books are included?

A: Our criteria for inclusion in this report is that a book must have a BISAC code of “romance”. BISAC codes are a system used by booksellers and librarians to identify books by subject matter and genre. It is not a perfect system. But we do think it’s the most accurate metric to use and one with some amount of consistency.  There is definitely some crossover into the unfortunately named ‘women’s fiction’ genre. Young adult books are not included since they are mainly published by separate imprints.

We also include reprints (a title that was originally published in the past but is being re-released with a new format/cover/etc.) in the data. We’ve often debated this question internally but ultimately decided that since this report examines where publishers are devoting their resources, reprints should be included. These books still take staff hours, new cover designs, and marketing dollars from publishers, indicating their financial support for BIPOC authors.

Q: Why do you separate some imprints and not others?

A: Publishing can be a complex maze in that some of the big publishing houses have different lines (called imprints) devoted to different subject matter or types of books. We seperate out imprints if different people (editors, publishing executives, etc.) make the decisions about what gets published. For example, the editorial team for Avon is totally separate from the editorial team making the decisions for Harlequin, but both imprints are owned by HarperCollins. Contrast that with Kensington, where the same general team works on all romance books, even if the books are ultimately published under different imprints

Q: Why don’t you release the raw data?

A: We think it is a really bad, and potentially dangerous idea, to publish a very large list of names of authors who are BIPOC for anyone to freely access on the internet. We would not want this kind of a list fueling hate-filled parts of the internet, which too often bleed into real-world harm. Of course, someone could compile this information on their own--after all, that’s how we put together the data in the first place--but we are not interested in aiding in the cause of someone motivated by hate.

Q: Why not examine the content of the books?

A: Diverse characters and settings are extremely important. We learn about our world and each other through the media we consume. However, the fictional characters in these books aren’t being negatively impacted by discrimination in real life. Real people who write books are, as are the real readers who purchase them. We need creators from marginalized identities getting paid to tell their own stories in publishing.

Q: I have a question that isn’t answered here.

A: Please email us hello@therippedbodicela.com

It’s likely someone else has the same question as you in which case we would want to clarify for everyone! 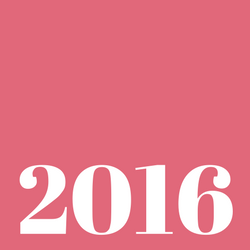 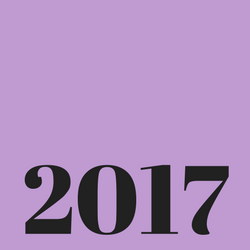 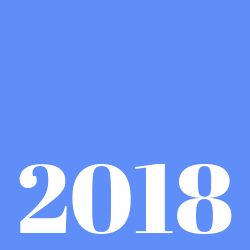